Would you like to switch to the accessible version of this site?

Don't need the accessible version of this site?

Letters to a friend #1: Men, Muscles and Masculinity

Letters to a friend #1: Men, Muscles and Masculinity 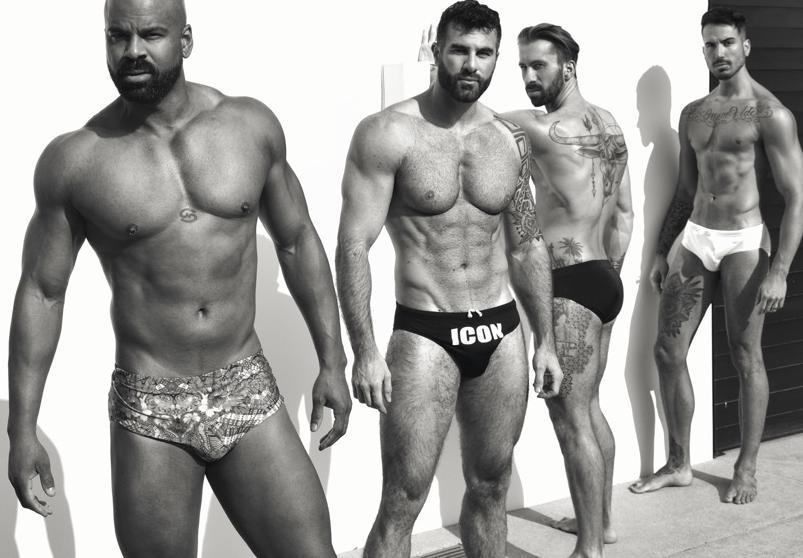 About two decades ago, before my graduation and subsequent move to the beautiful California, online I met a colleague, who became a friend, Rick. He was my senior by few decades and has practiced psychotherapy for many decades. Toward the end of his clinical career he enjoyed the back and forth email conversation with someone as green as I was.

Throughout my grad school not a week would pass without us exchanging long emails, talking about life, men, work and love. I remember looking forward to his emails and spending quite some time thinking through the ideas we touched upon.

Graduation time came and furnished with my fresh doctoral degree I headed to Los Angeles. Big city inspired big dreams and I threw myself into the construction of my new life, losing touch with an old friend.  It took us 6 years to reconnect and what follows are few letters we have exchanged…

“I am really glad to reconnect as well, Rick. I think when we got in touch during my 2nd and 3rd year of my grad school I had the inner space to contain and develop our connection, which I enjoy now as much as I did then. And following my move to California the level of change was both very welcome and somewhat overwhelming. I am glad to be back in a place of balance. Inevitably, every time my life gets too comfortable I leap into the next, bigger, better adventure. Looking forward to see what’s in store this time.

The video of soldiers dancing to the “Here is my number, so called me, maybe” that you sent to me is absolutely adorable. Some of the guys are HOT!!! I would do more than just call them LOL Super cute – thank you for sharing it. Taking Jungian perspective, men are the carriers of the archetypal Feminine – the Anima. And although it is perceived as “The Other” the Non-me, men are able to explore and at times identify with the Feminine to the greater extent than women. It is kind of like being a native English speaker vs. learning and mastering English as a foreigner.

Many times the non-native speakers know more about the structure and intricacies of the language than the native ones. They were removed from it and had to study it from an objective, detached perspective.  In the extreme version of identification with the Anima we get the fabulous drag queens and men who teach female popstars like Janet Jackson and Kylie how to be diva-fabulous. But in everyday I think every man have the potential of accessing his Anima. The role of the Feminine in the male psychic is in charge of man’s ability to connect to his unconscious, to be receptive and aware of his emotions, etc.

Once the feminine is repressed and suppressed we get the robot-like men disconnected from themselves and unable to feel. I am so glad to see more and more men feeling more comfortable with expressing the feminine aspects of their psyche. This video is so adorable because these masculine, beautiful, muscular men are able to dance, be flirty and cute, while having fun with it. I love it!

It’s interesting how much rejection there is of feminine in the gay community. One would think there would be more acceptance and flexibility, but when you review dating or hook-up sites, the vast majority of profiles would have a reference either to how masculine the owner of the profile is, or to the fact that they are disinterested in feminine guys. The funny thing is that whatever is repressed will ultimately be expressed…

It also evident in perception of guys who prefer receptive sexual role (bottoms) as less masculine, and kinda a second class gays. I frequently encounter guys that define themselves as bottoms, who are only interested in TOTAL tops – guys who have never been fucked (or so they claimed). There is self-rejection and internalized homophobia in it and this air in the gay community makes me uncomfortable. I would like to see it more embracing and accepting.

This was a tangent on the theme of masculinity! You have a lot of experience and background in the area – would love to hear your thoughts.